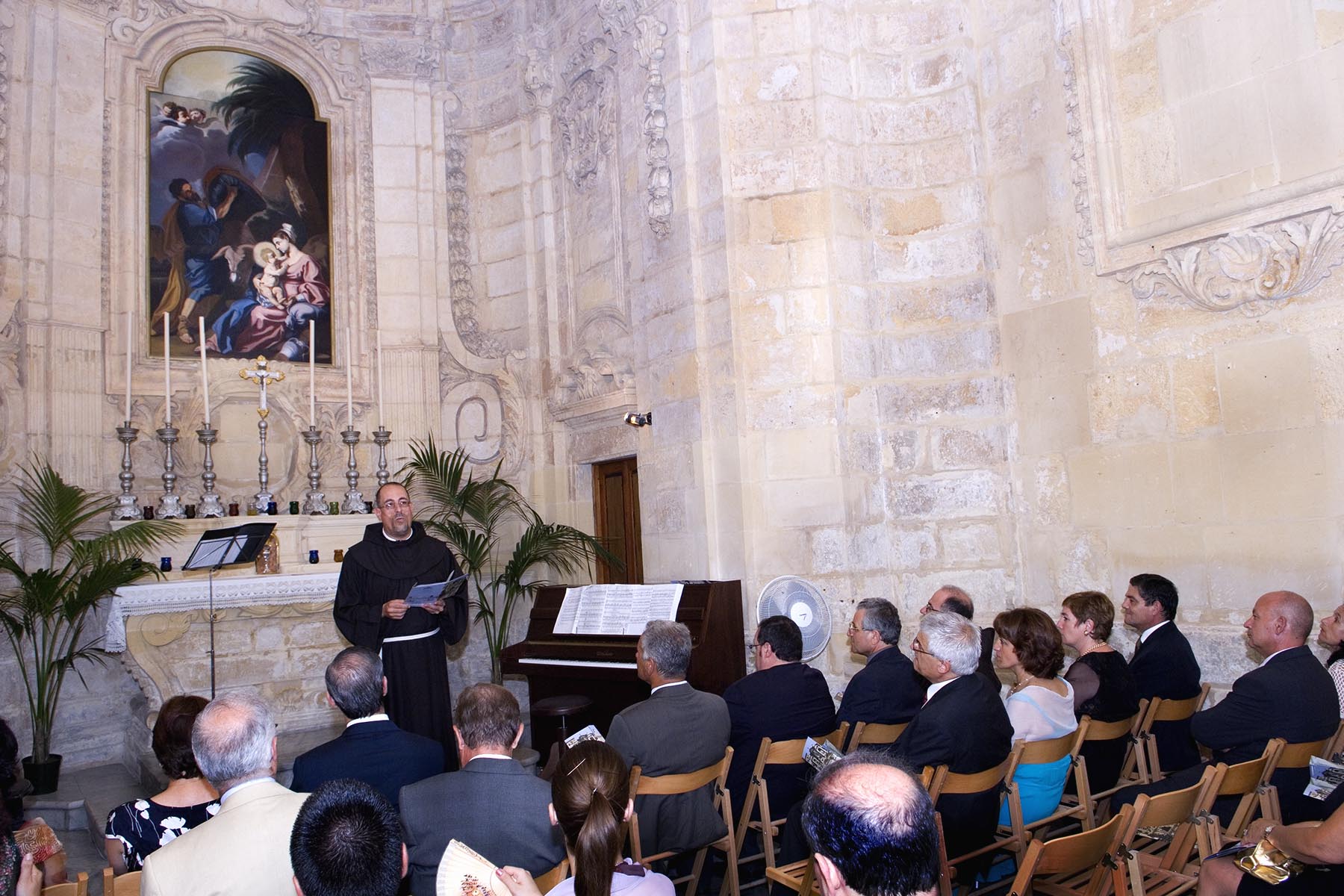 Chapel of the Flight to Egypt by the Holy Family

The Chapel of the Flight to Egypt by the Holy Family (Il-Kappella tal-Ħarba lejn l-Eġittu) was built in 1752, along with the stores, on the baroque design of Andrea Belli for spiritual service of the workers at the Pinto Stores .

The chapel was hit by aerial bombardment in World War II in 1941 and the damaged parts have since been faithfully rebuilt similar to the original and the original remains were restored. It was opened for church service again in 2006 together with the Valletta Waterfront.

The chapel is the only one in the country dedicated to the Flight into Egypt. The titular painting above the high altar depicts the flight of the Holy Family into Egypt. The painting depicts the Virgin Mary, with baby Jesus in her hands, resting under the shade of a palm tree, while on their way to Egypt. St Joseph is portrayed pulling his donkey to have some shade while some angels are shown looking over the Holy Family. The interior walls are richly decorated with sculptures, making the church a rich example of baroque architecture.